Many children and parents experience problems with school and in politics education is an often recurring subject. The discussions on how education can be improved did not change over the last 100 years. They focus on the details of the educational practice and do not result in the necessary and fundamental change. The underlying assumptions of education are almost never discussed.

This book shows that the essence of the current education system is based on the needs of the society of 200 years ago. It describes a number of myths in education, such as: more education is better, teaching is learning, tests lead to better education, children need guidance, teachers are regarded as a professionals and children do bully. These myths cause great suffering for children and inhibit learning and development. It seems the Rights of the Child stop at the front door of the school.

"Beyond Coercive Education' shows that realising the rights of the child in our schools is critical to the well-being, learning and development of children. The book provides a number of proven alternatives, and how children's rights can be realised in education. The essence is respect for children as full human beings.

This is a book that needed to be written. The arguments are very strong and convincing.

I recommend this book to everyone who cares about children or about the future of humanity.

I wholeheartedly and without reservation recommend this book to the many parents, students, teachers, employers and policy makers.

Excerpts from the book

Short impressions of chapters from the book

THE RIGHTS OF THE CHILD AND EDUCATION

......Many of the Children’s Rights are indeed realised or the governments are committed to do their utmost in order to realise these rights. But there is something special occurring with the right to development and the right to education. Signatory governments do their utmost to ensure that children are in schools. What happens to the rights of the child within the school seems less important......

The term 'coercive education' has been chosen deliberately, while most governments use the term 'compulsory education'. If you indicate that you oppose compulsory education, this is often interpreted as being against learning and development of children, but nothing is less true. Learning and development are very important. So important, that the right to learn and to develop are established in the United Nations Convention on the Rights of the Child......

In this chapter I will review some myths of coercive education. I use the word 'myth' here in the sense of a belief, which, when looked at objectively proves to be incorrect. With these myths a number of assumptions regarding the current education system are questioned. The insights that emerge create the opportunity to develop new visions on education......

The myths described in this book make it clear that within the school the rights of many children are violated. In this chapter I quote a few important children's rights that under all circumstances, including in school, should apply for each child, while I mention what consequences these have for education ......

What others say about this book

”The current education system has structural problems. There is not just pressure on the system itself, but also on the teachers and students. The system does not focus anymore on the ones who should be central in education; the pupils with their individual needs.

When the system itself has become the central objective rather than the learner, the education system has lost its relevance. Then coercion is used to keep the system in tact, without realizing that this is not the core of education.

In ‘Beyond Coercive Education’ Peter Hartkamp not only shows to what dramatic effects this leads. He also shows that the current education system is based on a number of incorrect assumptions, which comprise the framework of the system. Letting go of these assumptions and breaking the framework is the start of a radical change in education. The book ends with some examples from practice of how an overturned education system could look like. Central to this is respect for children as full human-beings, through realising the rights of the child, also within education.”

Jan Rotmans is professor in transitions and transition management at the Erasmus University and international authority in the field of transition and sustainability. He is founder of the Netherlands Tilts, a transition movement.

Our current education systems do not trust children to learn what they need to know. Governments believe that children must be coerced into learning what they prescribe as necessary for future life even though they do not and cannot know what that future will be like. Yet we do know that coercion produces anxiety and fear of failure and that this in turn inhibits learning and destroys confidence. We also know that creativity, innovation and empathy are not encouraged in such a climate even though above all else these are the survival qualities for coping with an uncertain future.

In this short book Peter Hartkamp develops his arguments against coercive ‘education’ with a needle-sharp engineer’s logic. He invites us to imagine what schools would be like if they took the articles of the UN Convention on the Rights of the Child seriously, a not unreasonable position as all states are signatories.

I wholeheartedly and without reservation recommend this book to the many parents, students, teachers, employers and policy makers who know in their hearts that something is very wrong with the examination and testing factories that we are allowing our schools to become. It represents a beacon of hope that another way is possible.

Derry Hannam, retired school vice-principal and school inspector, advisor to the Council of Europe Education for Democratic Citizenship project and many NGOs

Having learnt from his own children the potential damage caused by coercive education, Peter Hartkamp (along with his wife Christel) embarked on a long journey in which they battled with the authorities to establish that children would learn all that they needed to know to become useful and independent citizens without being forced to spend up to 15 years being told what to learn.

Peter Hartkamp has reflected deeply on his experience, both as founder of a fully democratic school and his frustration with government authorities and concluded that at issue is the fundamental question of children’s rights. He convincingly demolishes the “eduspeak” view that children’s rights are somehow protected by coercing them to learn, so that children who resist learning are somehow deprived of their rights!

But Peter does not simply set out to criticise mainstream education. He presents a positive beacon for the future education of all children, one in which their education is unfettered; being in a democratic community they learn respect for others, learn what interests them and assume responsibility for their own lives.

Peter Hartkamp is one of my heroes. He has, for many years, been struggling to make truly democratic education--education that respects the dignity, humanity, intelligence, and amazing natural learning drives and capacities of children--legal in the Netherlands. In this book he pulls the rug from beneath the shaky intellectual edifices that have been constructed by defenders of the educational status quo, and we see them topple. Hartkamp is not a wishful-thinking sentimentalist; he's a clear-thinking realist, with an engineering background, who brings that clear thought to an analysis of how we have become culturally trapped by an ineffective, inhumane educational system and how we can escape that trap. I recommend this book to everyone who cares about children or about the future of humanity.

Peter Gray, research professor of developmental and evolutionary psychology at Boston College and author of Free to Learn: Why Releasing the Instinct to Play Will Make Our Children Happier, More Self-Reliant, and Better Students for Life. 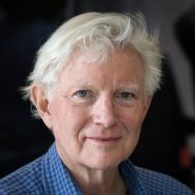 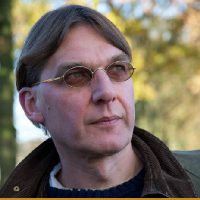 Peter Hartkamp (1961) was faced as a parent with the adverse effects of the education system on his children and has founded three highly innovative schools. To be able to do this, he has, over the past 15 years, developed an in depth knowledge of education, Dutch education law and Human Rights. Peter Hartkamp is active on the  Council of the European Democratic Education Community (EUDEC) and gives presentations on education and human rights in different countries.

Want to book Peter Hartkamp for presentations, lectures or workshop? Please contact us.